The Importance of Bodhgaya – Spiritual Destinations in Bodhgaya

Posted on December 6, 2017 by Catalina Forbes

Many of the religious leaders of the world have emerged from Asia where civilizations have been in existence for several millennia. India alone boasts of being home to quite a few of these leaders. 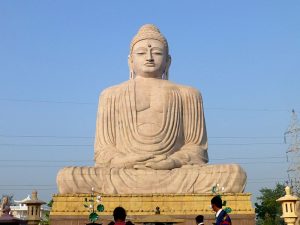 Maha Bodhi Complex
Maha Bodhi can be translated to ‘Noble Tree. Though the original Bo Tree, where Lord Buddha attained the supreme bliss of enlightenment is believed to have not survived, it is confirmed through literature that the presently flourishing Bo Tree stemmed from the original tree.’

Animisa Cetiya
A shrine has been erected in Animisa Cetiya and to date is a still and composed environment that encourages devotees to engage their minds in soulful thoughts. If you are going on a pilgrimage to this part of the country reserve your stay at a modern Bodhgaya hotel that gives easy access to these attractions the likes of Oaks Bodhgaya.

Other attractions
These include the gigantic 25 meters tall Buddha statue. Gleaming in pristine white, this magnificent statue was unveiled by His Holiness Dalai Lama, in 1989. Then there’s the Muchalinda Lake which has quite an interesting story behind it.

Catalina Forbes is a travel writer who bases her content on many thrilling escapades experienced across the world. Google+