As one of Kerala’s most engaging local festivals the Thrissur Elephant Festival is one of the finest cultural showcases in southern India. 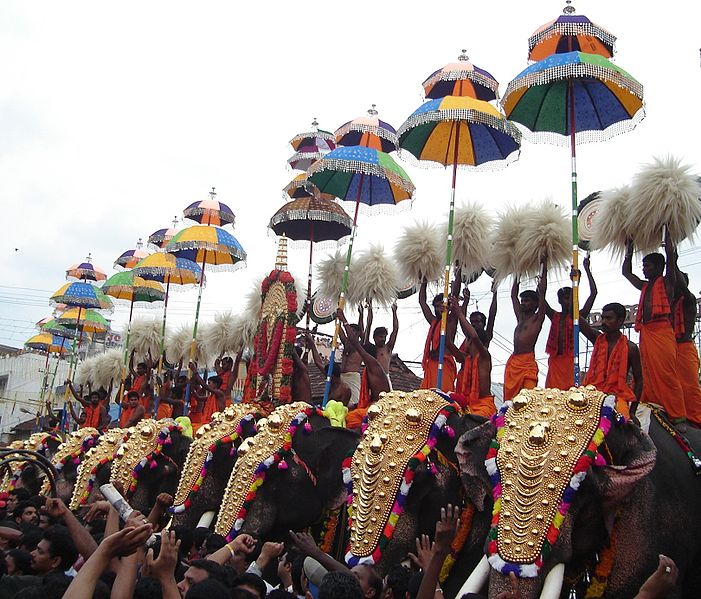 With an illustrious history that dates back over 200 years the Thrissur Elephant Festival in Kerala is one of the oldest cultural festivals in India. With its spectacular elephant procession covered by Events and Festivals Blog websites locally as well as internationally, the event can rightly be called one of the top temple celebrations in India.

Created by none other than Raja Rama Varma the event was first conducted back in 1798 when Raja Rama Varma invited Keralite temples to pay homage to Lord Shiva at the principle Hindu temple in Thrissur.

With the Vadakkumnathan Shiva Temple as the main epicentre, the festival kicks off a week prior to the procession when Thrissur Pooram is signified with a flag hoisting ritual. The main attractions of the festival however take place over a 36 hour period when the famed elephant procession also takes place. 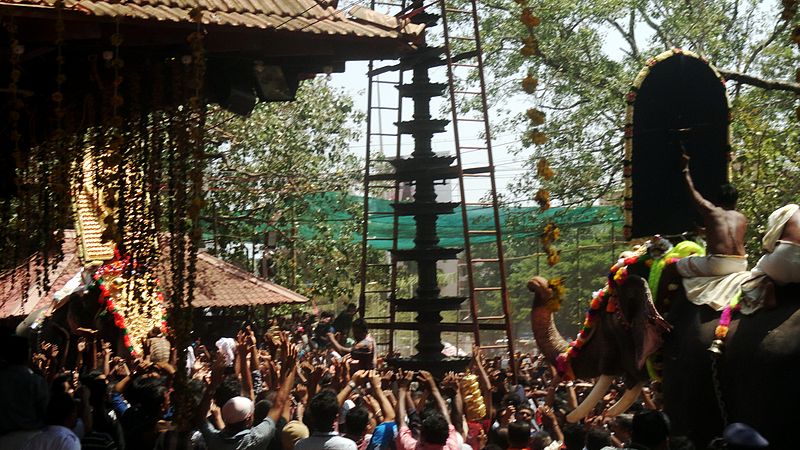 The gentle giants who are part of the parade are dressed to the nines with the mahouts also taking larger than life parasols held up on bamboo poles. It is not rare to see peacock feathers, bells and golden headgear adorning the elephants who are not only accompanied by drummers but also folk dancers. 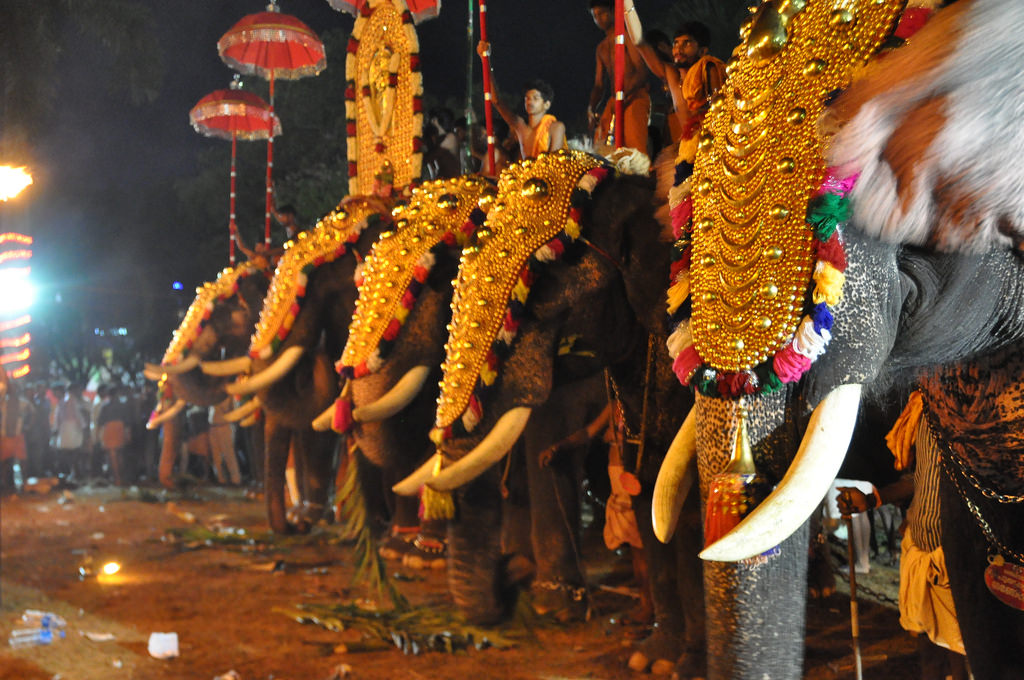 The fireworks are another integral part of the Thrissur Elephant Festival as it completes the festival’s celebratory nature creating a scene that is as spiritual as it is ecstatic. Nearly 30 elephants take part in the iconic festival in Kerala with the creatures and their mahouts marching in a row of 15 on either side of the road.

One of the more amusing elements of the festival is the parasol passing game the mahouts and their wards play just outside the entrance of the Vadakkumnathan Shiva Temple.

A contest of both wits and skill the entire game is played out amidst the beating of drums with some mahouts standing on their elephants to gain an advantage over opponents.

Caleb Falcon is a travel writer who specializes in writing content based on the many exciting world adventures that await intrepid travellers. Google+